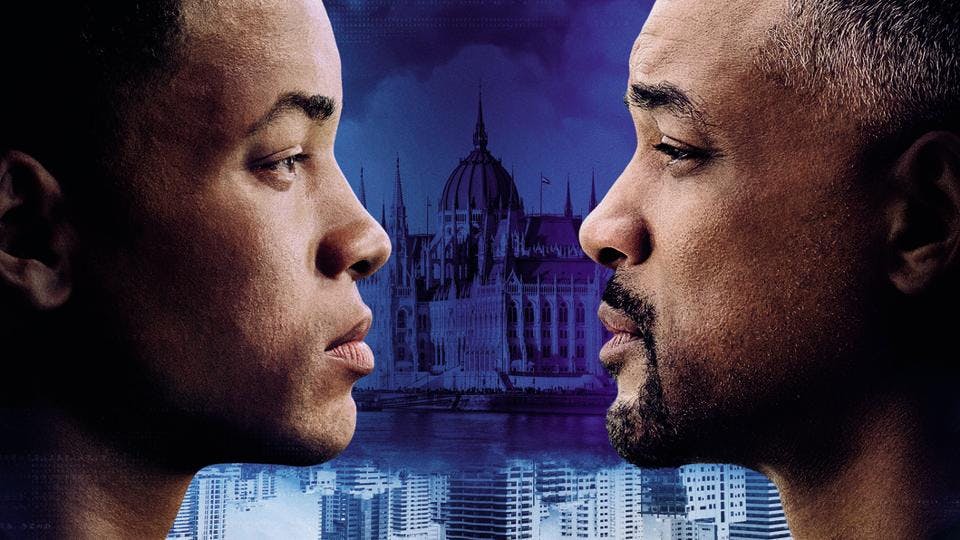 The script of Gemini Man has been doing the rounds of Hollywood since the 90’s. Anybody who is anybody has been attached to it at one point or another. Harrison Ford, Tom Cruise, Arnold Schwarzenegger – honestly name an actor and they will probably have been in the running. But now it’s finally here. And anybody who had been looking forward to it (not that I know any) will be bitterly disappointed.

Henry  (Smith) is an assassin who wishes to hang up his sniper and enjoy his retirement. But when his government betrays him, they send their only soldier capable of killing him – a younger, cloned version of himself.

It makes a lot of sense that someone had the idea for Gemini Man nearly 20 years ago, as the synopsis is one of the most 90’s film concept you could think of. Unfortunately, in the same way that Venom felt like an outdated superhero movie, you’d be forgiven for thinking that they actually made Gemini Man in the 90’s and shelved it for two decades before releasing it.

Ang Lee has always been a primarily visual director, and often at the expense of character. To his credit, most of the action in this film is well-staged and engaging. A few moments give a huge middle finger to the idea of physics, but it’s generally punchy and fun. And these set pieces are full of the visual flourishes that make Lee such a distinctive director.

But the actual story between the action is paper-thin and cracks under the struggle of a really poor script. Again, it feels like the original 90’s script was just handed to Ang Lee and they shot it without a second thought. The whole film is littered with heavy-handed symbolism and on-the-nose exposition. Mary Elizabeth Winstead and Benedict Wong do their absolute best to make an impression with the lack of material they are given. Any of the more interesting story beats, like Henry’s clones abusive relationship with his father (an extremely uninterested Clive Owen), are swept aside to rehash the same vague musings about duality and ghosts that felt disengaging the first time you heard them.

One of the reasons that Gemini Man kept falling through was the fact that the technology to make a realistic enough GCI clone of the star didn’t exist. In this regard, Gemini Man is worth the wait. The digital effects of the young Will Smith are generally really convincing. With the exception of one scene at the end of the film, when he looks like a Playstation sprite, it really feels as though a Fresh Prince of Bel-Air era Will Smith has been dropped into the movie, and Will Smith gives two decent performances as both his younger and older self.

But the other ‘technological innovation’ on display in the film threatens to ruin the whole thing. Ang Lee shot this movie to be viewed in 120fps (frames per second). For context, a normal film shown in a cinema will be playing 24fps. This means you will have two wildly different experiences depending on which version of it you see, and neither of them good. A 3D screening is reportedly too frenetic, to the point that it makes the action look obviously fake, whereas my 2d screening left the whole film looking grey and flat. Certain scenes that were filmed on location look like they’re against green-screens purely due to the dimensions of the image. Kudos to Ang Lee for experimenting with new tech, but just because you can do something doesn’t mean you should.

Gemini Man fits in snuggly as a latecomer to the plethora of truly forgettable action movies of this summer. The action itself is great, and the realisation of the digital Will Smith is really impressive. But one-note characters, uninspiring dialogue and the almost complete absence of a story deny this film the campy 90’s throwback it could have been.